What is the measurement range for malt?

The measurement of important parameters in malt is standardized by brewing organizations like the European Brewing Convention (EBC) or the American Society of Brewing Chemists (ASBC). To ensure the reliability of the measurement across different labs, there are monthly ring trials conducted by several organization like VLB, IFBM and LGC (MAPS). These trials follow the protocols described by EBC or ASBC. The ring trials supply a valuable tool to the participants, to compare the reproducibility of their method with the other participating laboratories.

For malt enzymes analysis, namely alpha amylase and diastatic power (DP), results are given per mas of "dry matter". The parameters recorded in an analysis are “corrected” to give values as though the malt were dried to 0% moisture content. This enables fair comparisons between lots which will inevitably have different moisture percentages.

There are several groups of malt to think about when discussing the measurement range for malt:

It is the brewer’s favorite malt for making beer. In a nutshell, it is barley grains that have been allowed to germinate by soaking the grain in water. The germination is later stopped by applying heat (kilning). It can also be divided in 2 groups: regular barley malt and high DP malt.

The range of measurement DP for regular barley malt is between 220 WK and 600 WK, as stated by the EBC. Diastatic power (DP) is the combined effect of both alpha and beta amylase; because beta amylase is the limiting factor in DP, it is directly correlated to its activity.

Historically, the alpha amylase measurement range has been normally between 40 DU and 70 DU.

When it comes to high DP malt, produced with a gentler kilning than in regular DP malt, the measurement range is anything above 500 WK, but it is most commonly between 650 WK and 800 WK. 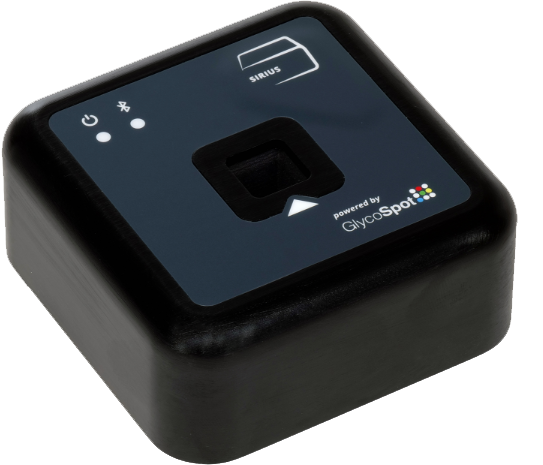 The range is approx. the same for alpha amylase for high DP, sometimes reaching 80 DU, but not as far apart in comparison to DP.
Some specialty malts, like Munich malts, are produced after a more intense kilning, which reduce the DP, but at the same time contributes with a more intense color, as well as a malty and grainy characteristic to the final beer recipe. The measurement range for DP is typically between 50 and 100 WK.

Is the second most common malted grain used in brewing. Wheat is malted with a similar malting process to malting barley, with a shorter steeping time as the wheat does not contain its husk, and therefore absorbs water at a faster rate to allow for germination.
The measurement range for DP is normally between 200 and 500 WK, and it is used especially for adding foam to the final beer, or to produce Weissbier.

How sensitive is the assay with temperature?

All heat boxes are calibrated to perform the same, ensuring great reproducibility chances and results through-out different locations and environments, regardless of room temperature.

We use cookies on our website to give you the most relevant experience by remembering your preferences and repeat visits. By clicking “Accept All”, you consent to the use of ALL the cookies. However, you may visit "Cookie Settings" to provide a controlled consent.
Cookie SettingsAccept All
Manage consent

This website uses cookies to improve your experience while you navigate through the website. Out of these, the cookies that are categorized as necessary are stored on your browser as they are essential for the working of basic functionalities of the website. We also use third-party cookies that help us analyze and understand how you use this website. These cookies will be stored in your browser only with your consent. You also have the option to opt-out of these cookies. But opting out of some of these cookies may affect your browsing experience.
Necessary Always Enabled
Necessary cookies are absolutely essential for the website to function properly. These cookies ensure basic functionalities and security features of the website, anonymously.
Functional
Functional cookies help to perform certain functionalities like sharing the content of the website on social media platforms, collect feedbacks, and other third-party features.
Performance
Performance cookies are used to understand and analyze the key performance indexes of the website which helps in delivering a better user experience for the visitors.
Analytics
Analytical cookies are used to understand how visitors interact with the website. These cookies help provide information on metrics the number of visitors, bounce rate, traffic source, etc.
Advertisement
Advertisement cookies are used to provide visitors with relevant ads and marketing campaigns. These cookies track visitors across websites and collect information to provide customized ads.
Others
Other uncategorized cookies are those that are being analyzed and have not been classified into a category as yet.
SAVE & ACCEPT
Powered by